Would a delicious little butt warming start the evening off with a bang!? 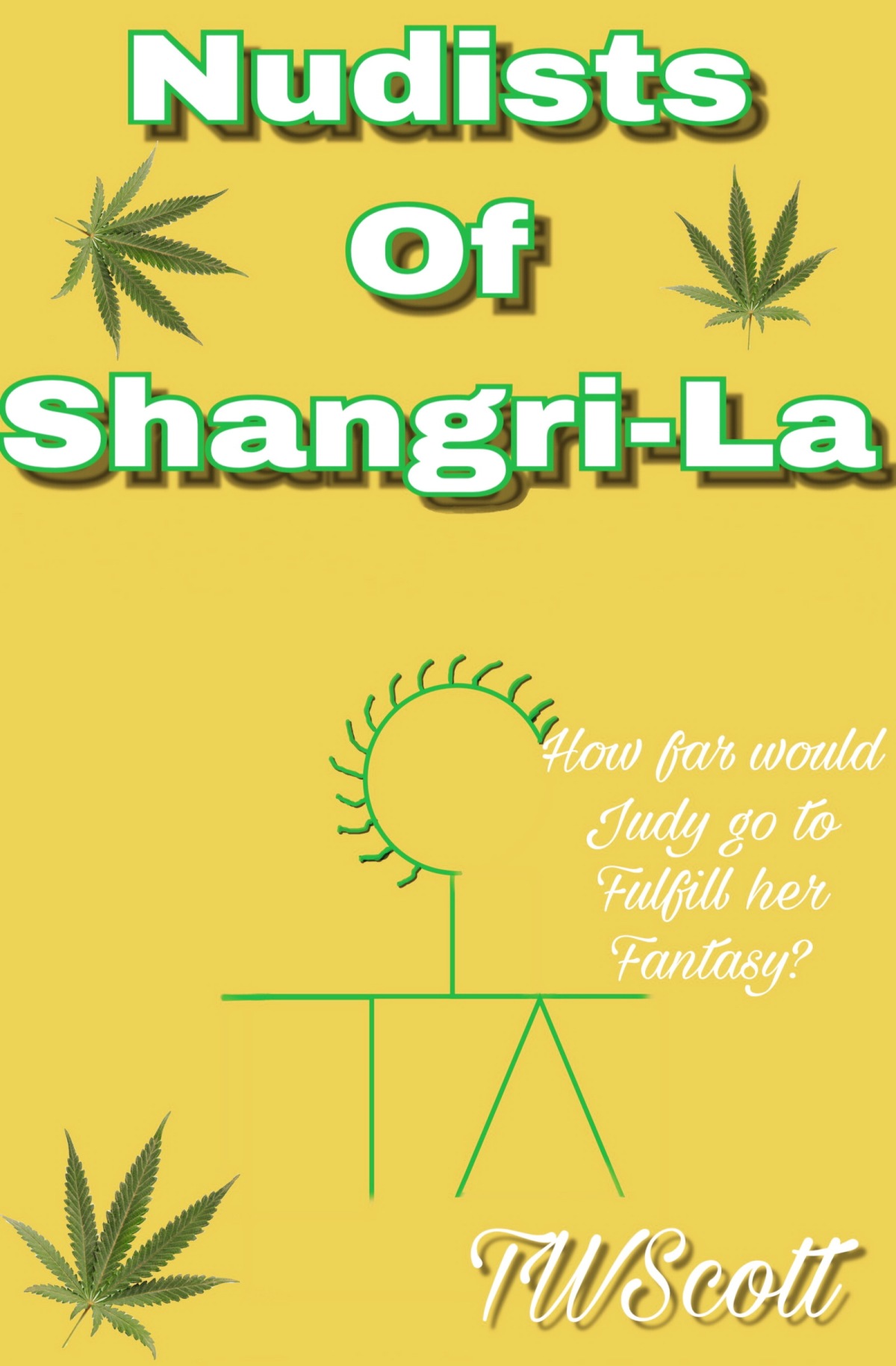 This post is going to be fun.
Yes, I get some exciting e-mails in response to my novels. Unlike some authors, I am here to respond to questions. While my books are selling better than ever, I still have lots of work to do. “I still have a day job.”
Marketing is paramount in that even with an agent, an author still must market themselves. Why not use e-mails from people like you to talk about my novels and why I write what I do.

So here is the set up for Nudists of Shangri-La ….

In Nudists of Shangri-La Hal and Judy have been married a few years. The novelty of marriage and living with another person has worn off. Some men are driven by their job. They, in fact, are career minded which might be a holdover from the period of time when they were hunter-gatherers. Yes, it is in the breeding.

Hal, the naughty boy, has ignored his lovely wife’s need for love. He has, in fact, neglected his dance partner by not doing the horizontal mambo in several months. Judy stays at home and is feeling pretty put out with her life. Like some ladies, she blames herself. Has she put on a few extra pounds? Why does Hal not find her attractive? Is there someone else? How does she get the spark back?

They both inherited large sums of money so why is Hal working so hard. Why is he not taking advantage of their good fortune and traveling the world with Judy?
Hal is unaware that Judy has a dark secret which is a fantasy that she has kept to herself.

Experimenting in college with her roommate, Judy knew that she was different. Her sexual appetite was robust to say the very least. She knew she could love another woman and she did.

Trying to stay true to Hal she had plenty of time to spend by herself and BOB. (battery operated boyfriend) Judy, like all of us, has this internal demon. We have fantasies, and Judy was no exception. In the back of her mind, she wondered what it would be like to give up control to someone else. To be subservient to the point of allowing herself to be dominated. Those fantasies kept her and her “Hitachi” busy on days when Hal worked late or when he left her alone in bed in the mornings.
• The fantasy involved old bosses and even a teacher who scolded her.
• They involved a school dean hired by her parents to straighten her out.
• They involved frustrated old nuns who would like nothing better than to paddle her.
• Why was her demon into this kind of humiliation?
• If she was to allow this what would happen, what would she allow?
• What if people were watching?
• Would she mind a little pain?
• What if this person was a large man?
• What if he had a reputation for being sadistic?
• What would it be like to be restrained where he could have his way with her?
• The idea of people watching as her clothing was removed only partially excited her. What if…?
• What if he used a belt or a paddle?
• What if he was a large man with calloused hands?
• She wondered if she would feel his callouses on her smooth pink bottom?
• Judy wanted Hal to play into her fantasy, and he was interested in work and his career.
• Hal was not experimental and indeed not into role play.

A letter from her roommate appeared, and she called her. Sally had sent her a brochure on a place in the California hills where they could go and be alone. There was a camp which taught enlightenment. Sally knew this might interest Judy. Sally wanted to re-live some memories with her college roommate and getting her away from Texas and Hal, was her goal.

Living through the several days with the scheduled events with Sally excited Judy. The camp was designed around being nude in public. Not only were you nude but, there were no curtains on the windows in the cabins. The lessons to be learned were obscured until you sat through the classes and did the exercises.

This theme spoke to Judy’s demon who wanted more. Getting Hal to bring her to the class the following spring was an effort of herculean proportions. While there in the next group was a large dark man with his wife. They had a reputation for being sadistic. Judy had to know more… His wife had stripes on her backside, and those were an advertisement to Judy’s demon.

Sleepless nights thinking about those purple stripes pushed her to confront her demon.

In Nudists of Shangri-La, there is a chapter of the novel dedicated to the question in the title. In fact, the section is rather steamy and created for mature adults.

In the Sequel, some of our old friends introduced in the first novel come back to play as Hal and Judy create a clothing optional resort in East Texas. The leader of Shangri-La visits his place and teaches his class in Texas, broadening his ability to reach more people.

Steve and his crew of pornography actors and camera people come out to film on location, enticing Judy, and her friends to take part in the process.

These two novels are turning into my best sellers with Kitties Titties and Winks coming in second.

The Saga of the Starduster is still selling very well, and I Thank You!

Perpetual Palpitation is making a strong showing in the UK and down under.
While all of my 30 novels are selling, some of those selling are noteworthy.

Spending the last few months marketing my novels that I have created thus far is part of the goal to see what you all would like to read. This exercise is paramount, so I know what my next book will be about.

If you have a suggestion, I am all about listening to you as most of you well know.

I have an update I wanted to share with you.  Many from this blog and my books have suggested that I write a third in this series.  Ok…..

Today I started the third in the series.  The characters are playing around and I think I will have something for you to wet your …appetite… Soon enough.

Thanks for the e-mails, Follows, retweets and of course you followers here thanks so much!

I have a twitter campaign I just started to point more potential bloggers and followers here.  If you come from Twitter welcome and thanks.  Make your self at home!