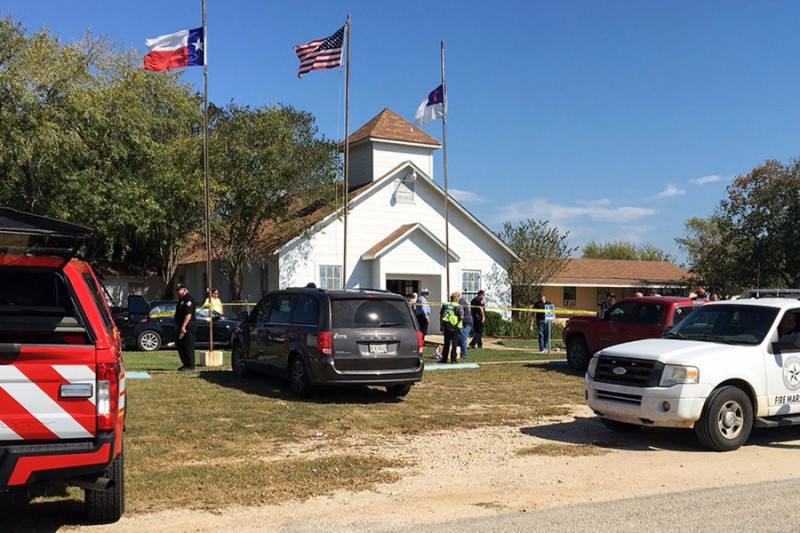 Every time I go into a place that is a “gun free zone,” I shudder, as I know that I am now entering a soft target.  The world we live in is not our grandfathers’ world.

Hollywood has been pumping out nightmares on elm street, long enough that they have skewed the thinking of average people.  Video games are incredibly graphic and violent, where killing with some sort of gun or other imaginary weapon is glorified.  These games are simulators for death and destruction. The movies are so graphic that for all we know, some of these kids could have PTSD!

The kid who killed all of those in Sandy Hook was so “efficient,” because he practiced day in and day out with such a “game.” Do you really want to buy that game for your 8-year-old?

Between the two, and the lack of morality that pervades our music industry, or our entertainment industry as a whole, we have the perfect storm.

Many on Twitter are asking WHY?  Blaming guns and gun control and other talking points, pinning the blame squarely on the GOP and the NRA. That is not true and does not help.  It deflects away from the real problems I outline in the previous paragraph.

Look no further than Chicago for all the proof that you need regarding laws and gun control.

The trolls are out there as well pumping out hate on both sides, trying to divide us as a people even further. “Never let good crises go to waste.”  Manipulate the masses with their emotions, strike while the iron is hot, for tomorrow they will forget about it.

It has only been five weeks and we have stopped talking about the 58 killed in Vegas.  We still don’t know the motive and the case seems cold.  There is a total lack of information about this case.

Just possibly they should look at mental health.

Mental health is the issue.  The vitriol between the politicians trying to paint the other in the worst light possible is part of the problems we face. Actors and Actresses who deny any complicity in this depravity calling for the NRA’s head on a platter are not helping.

Simple facts are that logical debate will prompt thinking people to devise solutions.  Emotional rhetoric will prompt some into action.  Actions based on emotions and biases are unpredictable and just about always a bad thing.

The recent advertisement in the Virginia governor’s race depicting the republican as a man in a pickup with a rebel flag running down immigrants, with his pickup is such a hateful, vile, despicable, trashy, indefensible ad, that it boggles my mind.  Who thinks up this shit! Not only are they attacking the Republican candidate, but the entire south!  It is a lie!

You want to see the south, look at those people grieving their losses, that is the south!

“Use fear and terror to manipulate the masses.”  Who in their right mind would vote for such a contemptible man, that would approve that kind of garbage!

This shooter, not unlike the person in Las Vegas, was a disturbed individual.  He had a long history of abusive behavior and yet somehow he got a weapon meant for killing.

While a good guy with a gun prevented him from creating more carnage in that small town, we should ask the question why, or how, did this 26-year-old have such a weapon?

My heart breaks for those people.  It truly does.  We are still reeling from the evil in New York, not to mention the Las Vegas shooter, and now this.  Is this the new norm?

Soft targets need to do what it takes to, not be soft targets.

This guy hated his X mother in law, who was an attendee at that church.  He probably knew that they would be unarmed. Coward!

Actors and other elites who call out for Gun control have bodyguards who are armed. I discard their arguments, as they are the ultimate hypocrite, who have no dog in this fight.  It matters not to the wealthy what laws are passed, as they will find a way around them.  They live in their ivory towers behind large gates and issue mandates in the way of song, stage, or tweet, of how the little people should conduct themselves.

You are out of touch with the “little people” and have no idea what they go through just to make ends meet.  Obviously, I am not talking about every thespian, just the activist who promote their brand of exclusive snobbery!  “Let them eat cake kind of activist.”

Similarly, it matters not to the criminal element what laws are passed, as they don’t care about laws.

Laws only affect the law-abiding.  Let that sink in.

When there is such an event with bad people and guns, the police rarely are there to stop them. Usually, they show up in time to write up the carnage and start an investigation while the bodies are being removed by the coroner.

This is true in this small town, and in most home invasions.

A good Samaritan put an end to it! A good guy with a gun!

“If you can pass a background check and are not the ruling class of elites, you should probably buy a gun, and learn how to use it.”

Some person on twitter posted that “those who were killed probably voted for 45, and Karma is a bitch!”

This is the mindset of some out there.  I could not believe that someone would write such a thing but by looking at his posts, he truly is a demented person and has a long history of such.  He is also ANTIFA.

Fascist who pretend to be anti-fascist.

Does our MSM have any culpability? I think so.  I think they promote the hate and bigotry that exists in this country and possibly in other countries as they are all acting like petulant children.  Is this the result of generation X in control of some form of power?

I listened to MSNCB for twenty minutes before I heard the word Russia yesterday in the height and fervor of this event. They actually went 20 minutes without talking about Trump and Russia!

The sad part of this is, between CNN, Fox, and MSNBC, MSNBC had the best coverage of the events as they were unfolding. I wish the MSM would stop trying to create the news, and just report it!  So here are some question to find the answers to MSM…

There are no words that will make things better, ever!

If you see something say something!

If you have a few extra dollars I know they could use it.